Medical emergencies happen for any number of reasons. These can include trauma, acute illness, prolonged illness that suddenly turns serious, etc. Certain conditions are capable of causing medical emergencies on a relatively frequent basis – particularly when medication non-adherence exists.

In many cases, two particular medical terms are closely associated when it comes to emergencies. These are as follows:

What do these two terms have to do with each other? 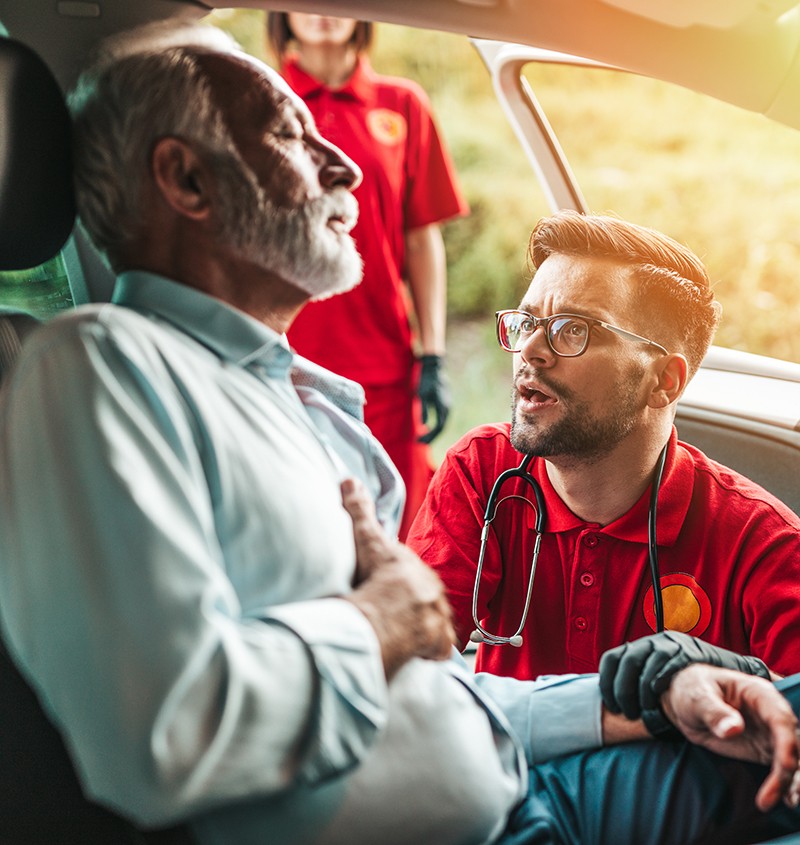 Diabetes, epilepsy (or frequent seizures without a specific diagnosis), asthma, heart conditions, previous history of stroke, and more, are existing conditions that leave an individual more open to the possibility of a medical emergency than someone without these conditions. When emergencies occur in the lives of these people, time is of the essence. In the medical community, you may hear the time immediately following a medical emergency (the time between the emergency itself and the patient receiving proper medical care) referred to as the Golden Hour. In the lives of these individuals, it is one of the most significant time spans they will ever experience.

Usually, someone with a condition such as those suggested above is on medication to help deal with the effects of their condition. For whatever reason, however, should they go off of their medication (or were never on medication in the first place), they leave themselves far more vulnerable and a greater chance of a true emergency exists.

This begs the question, “Why are so many people non-compliant with their meds?” What is the reason behind the sad fact that, in today’s society, medication non-adherence even exists?

There are several basic reasons why this might happen. We’re going to examine those briefly and then explore what is referred to as “The Golden Hour”. This magical hour ends up meaning life or death for millions of emergency victims on an ongoing basis. Fortunately, with today’s PERs or mPERs (personal emergency response systems or mobile personal response systems), people suffering a medical emergency can get help faster than ever before – even if they aren’t aware they’re in need.

As suggested, prescription noncompliance or medication non-adherence is a real problem in our society. Unfortunately, it isn’t on most practicing physicians’ radar despite costing in excess of $1 billion a year in healthcare costs (which were preventable), and some 125,000 deaths (which were also preventable).

How serious is this problem? Approximately 50% to 60% of people with conditions like hypertension and diabetes fall into this category of medication non-adherence. Even if they’ve got good drug benefits and great insurance, they’re just not taking their meds. But why?

Why Don’t People Take Their Meds?

Sometimes, families or patients blame a medication for not working properly when problems arise. That is not always the case, however. Some 50% of treatment failures can be blamed on medication non-adherence.

People don’t take their meds for the following reasons:

Additionally, one of the biggest reasons that medication non-adherence may exist is that the patient started taking the medication, felt better, and decided that they could discontinue the medication because they are “all good now”. This frequently happens with chronic diseases such as depression, anxiety (or some other psychological condition), diabetes, hypertension, etc.

About the Golden Hour

Now that some of the reasons why people don’t take their medication are a little clearer, let’s see what happens when medication non-adherence occurs.

Whether the medication is being taken to prevent seizures, stroke, heart attack, psychological breakdown, diabetic emergency, or something else, if enough doses are skipped (sometimes even one dose can matter), a medical emergency ensues.

Those in the field of emergency medicine refer to the Golden Hour. This is a time span immediately following a severe medical emergency. It may or may not consist exactly of 60 minutes but is more of an idea than a precise measurement of time. So, what is the Golden Hour?

Following a traumatic injury or other severe medical emergency, it is the time in which death may be prevented (within the hour provides the greatest chance for survival) by prompt surgical and/or medical treatment. The duration of this “hour” can be less or more, dependent upon the nature of the illness, condition, injury, etc.

As an example, in the case of stroke, where clot-busting medications will be beneficial, the patient and emergency doctors have approximately three hours (in some cases, this can extend to 4 1/2 hours)       within which to administer clot busters. After this period of time, the chance of a successful outcome significantly decreases. So, in this case, the “Golden Hour” is increased to roughly three hours, or slightly more.

Discussed earlier, a PER can mean the difference between life and death when someone suffers a medical emergency. For those prone to medical emergencies, or even if the chance of a medical emergency exists, these invaluable alert systems are becoming more and more popular, and for good reason. They save lives!

If you or a loved one are in danger of suffering a medical emergency, one of the smartest, most informed decisions you can make is to purchase and utilize a Health Assistant Watch. With this PER device, if a medical emergency occurs, the proper help and medical assistance will be alerted and be able to respond immediately. To find out more, click here.

About the Author: Daniel Ferrara

In an effort to provide the very best offering to our customers, you can help. We noticed that you did not place an order or request additional information. Please spend a few seconds to select one or more of the options below and we will email you a $10.00 Walmart Gift Card for your time.